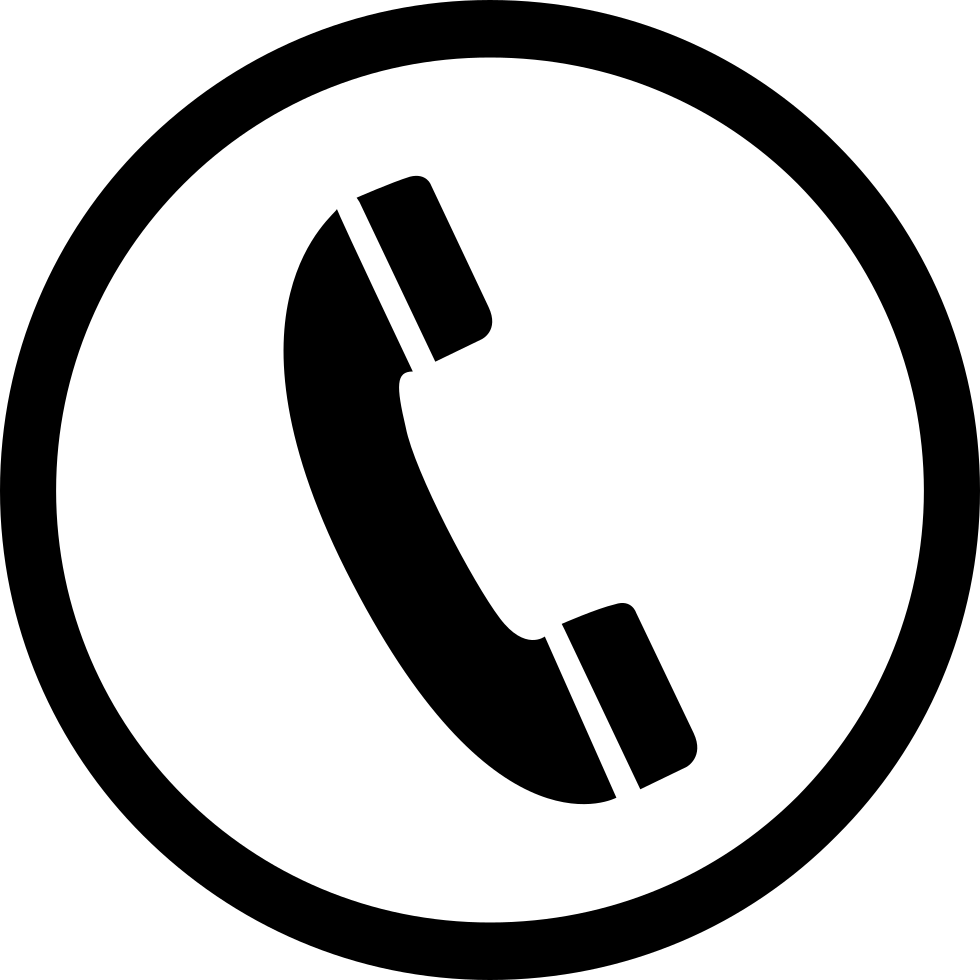 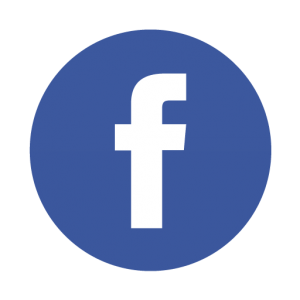 Those who love hiking will discover a real natural paradise in the Brentonico high plains and in the Baldo Natural Park,which will add to the pleasure of your holiday in Trentino.

This region is full of breathtaking views and panoramas,with numerous paths suitable for easy,long walks or for climbing and more difficult excursions.

Hotel Neni will give you all the support needed to organise the trip that suits you best. You will also be able to book free guided visits that leave on fixed dates during the summer. There are numerous paths and excursions that you can make;we have chosen to describe a few.:

From the centre of Brentonico to St;Catherine and then to the ruins of the Dosso Maggiore Castle – 1 hour total

Follow the signs to the football grounds and then onwards along the panoramic road of the Vallagarina:This will take you to the ruins of the Dosso Maggiore Castle.

Hike from Brentonico to the Sorne Windmill – 1.30h tot

Leaving from Brentonico,catch the path that begins under the cemetry and leads

downwards towards the river Sorna.In this little town you can visit the still functioning windmill,also coasting by the trout pools.The return journey will be on tarmac paths in the middle of the Corsano-Cazzano countryside,leading all the way back to Brentonico.

From the centre of Brntonico,follow the signs for Festa and after a few hundred metres turn right onto an uphill path that crosses infront of the gates of a small villa.

If you wish to pass by the waterfall,you must turn right just before Malga Mortigola, following the direction Cortel/Altissimo at the crossroads with a fountain/basin, after which you will arrive at the waterfall in about 45 minutes.

Route n°622. The most popular path to get to Monte Altissimocoasting the green pastures on the east side.

From S.Giacomo you catch the muletrack that takes to Maso Girardelli,from where the  path starts off. Continuing in direction north-west,you pass through a forest and arrive at the southern ridge of Monte Campo.Follow the ridge for a short while,  then cross to the left of the southern side and you will arrive at the source of Malga Campo (1635mt).Leaving the cartway that comes from the Bocca del Creer to the left, procede on the path that crosses the Paltrane pastures and you will reach a saddle to thesouth of Monticello,and from there to Monte Altissimo at Nago; from there take the path that heads towards south which reaches a second saddle where the large ridge of Monte Altissimo begins.

Cross the grassy rounded mountaintop and take in the beautiful panorama before reaching the northern side and just after that you will arrive at Monte Altissimo.

route n°650. This route is practically all in high level and in open  territory,from the eatern side of Monte Altissimo across to the natural reserve of Corna Piana.

From Festa,take to Fusei:just before arriving at Fusei,turn right onto the path that enters into a forest and then opens out into pasture land near Malga Campei di Sotto (1306 mt):There is a little path to the right that leads to Monte  Varagna.

Once at Malga Campei di Sotto,the path goes slightly uphill admist green grass right upto the border of the steep slope of Montesel. Follow it all the way through taking a huge turn before arriving at the pasture land of Malga Campo,where marmots (rock whistlers) have a long time back territoralizzed.At Malga Campo the path intersects with the signpost n°622,that comes up from S.Giacomo and goes to Monte Altissimo.

The journey continues by taking the little road that accedes to the muletrack at the malga and procedes flatly upto the Bocca del Creer(1617 mt-Graziani refuge hut).

Here it goes onto the Graziani road and intersects with route n°633 that comes from S.Giacomo and goes to Monte Altissimo.This route then carries on,crossing the Corna Piana Natural reserve, firstly slightly uphill,then quite flat and  after slightly downhill. It’s actually a “botanic hike” as if you do it in late spring,you will be able to  admire the vast variety of blooming flowers that grow in this area (anemone,edelweiss, Lillies,rhododendrons,gentian,peonies and last but not least the wild orchids so reknown in Monte Baldo).After leaving Malga Bes,you will reach the edge of the Corna di Bes afterwhich you go rapidly downhill to S.Valentino firstly following equipped tracks and then following steep,winding paths in the middle of the forest(Sentiero delle Vipere)until you get to the Graziani road where there’s a big pic-nic area.

Leaving from the Polsa camping-site ,take the dirt road that leads to Vignola. In the proximity of the peak you must stop and see the huge military works for collecting water.From the Vignola Peak, you can have a beautiful view of the Vallagarina as far as Verona ,Lessina,Little Dolomites and to the north as far as the Dolmites where you can see the circular positions that were used as antiaircraft batteries.Carry on to the Bocca d’Ardole following a flat road.

Once there you go up towards the Polsa meadows. From the junction of the road that leads to San Valentino (plaque dedicated to the !st Armata),take the grassy path to Corno della Paura.at the top you can visit the military battle posts.Beautiful panorama of the Avio Castle.The return journey is on a road that takes you from Malga Pra Vec to the Polsa .

This route follows all the secondary roads and paths going through the historical parts of the towns that form the Brentonico Comunity,branching out as far as Castione.

If yoiu use public transport,you can shorten the trip in various places. In old ages the villages that are vpart of the Sorna Highplains were called “regole” and ,together, formed the “Magnifica Comunità” (Magnificent Comunity) of Brentonico.

This is a circular trip that leaves and ends back to Brentonico,with a branch out at Castione. this trip will take you about half a day. The route is easy and gives you beautiful views of the Valle dell’Adige mountains,without mentioning suggestive tracks in the middle of green fields and vine-yards.

It’s also a good way to get to visit all the villages in the “altopiano”(highland). Don’t miss the “Pont del Diaol”(The bridge of the Devil): a deep gorge,hollowed out during the centuries by the waters of the river Sorna and crossed by a very audacious stone bridge with a little capitel.

Departure from Pra de Stua,Brentonico,by leaving the carriage road along the little road that is on the left side of the lake.Follow the muletrack that goes towards the Bocca di Navene. After turning to the left ,and in the proximity of Malga Zocchi di Sotto,this track intersects with another path signed with n°80 that comes up from Novezza and reaches Bocca di Navene.

Leaving from festa di Brentonico catch the forestal road “Brentegana” that you can easily follow uphill until you get to malga Campei,crossing the Val di Parol upto Mount Varagna.

Departure from S.Giacomo,Brentonico,along the highroad upto the bridge on Rio Sorne. Follow the muletrack(which is not very easy) in the woods upto the meadows of Malga Bes and then on to Graziani Refuge-hut,then along the old military road until you reach the chiesa Refuge-hut.

Departure from San Giacomo,Brentonico,along the highroad upto the bridge that crosses Rio Sorne.Follow the not too easy muletrack in the woods as far as the malga Bes meadows and then upto the Graziani refuge-hut,next follow the old military road till you get to the Chiesa refuge-hut.

From the San Valentino Pass(1314 mt) ,going uphill on the “Sentiero delle Vipere” path,you reach the Bes highplain and then Corna Piana,a wonderful botanic paradise of the Baldo.Here you can admire the natural botanic “habitats” of numerous typical Baldo endemisms,which have been conserved up to our days,dating back to the time that this mountain was covered by glaciers. You can also get to this Natural Reserve by the Graziani road,the entrance is very close to the Graziani refuge-hut.

From the Bocca di Navene,take the old military path up to the “Cola di Malcesine” :after the second bend there is an “aerial” path that crosses overhanging gorges with spectacular views of Lake Garda.This is also a very interesting site for its lithophile trees: The rocks are filled with multichromatic species of Baldo’s flora,a most suggestive and unique spectacle.If you wish you can carry on as far as Malcesine. Here you can catch a rotating cable-car back up to the top.

There is a cable-car that takes you in just a few minutes from Zochi Alti to Malcesine, a beautiful little town on Lake Garda.the cable-car offers a 360°view of a breathtaking view thus reaching lake Garda directly from the top of the mountain.

Don’t miss this wonderful possibility of taking a walk in the mountains and then taking a dip in the Garda Lake! You can catch the cable-car by car or shuttle-bus from Brentonico or otherwise with a hiking trip from San Valentino. During summer the Prà Alpesina chair-lift takes you right up to the path for the cable-car.

There are 12 “malghe”(shepherd’s huts in the Alps) where cows graze in the alpine pastures.

Most of them are quite typical,knowingly refurbished.Don’t miss visiting one of them: you can show your children how milk is produced,and taste the products derived from milk made there such as butter and cheese.

Your children will be amazed! There are also a few didatic farms,where children can learn about nature and the anomals that live in the alpine meadows,for example Malga Costa Pelada at Polsa or Malga Mortigola at St.Giacomo.